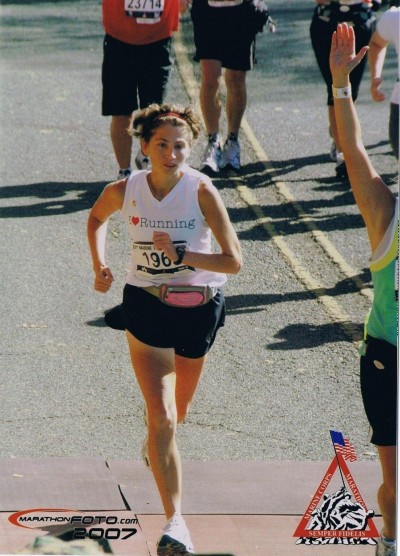 was born and diagnosed at age two with Tyrosinemia, a very rare metabolic disease where the liver doesn't have any enzymes it needs to break down protein.

When my mother noticed I wasn't walking or acting like other babies my age she took me from one doctor to another with none of them knowing what was wrong with me. I even was misdiagnosed with Cystic Fibrosis and eventually sent to Scottish Rite Children's Medical Center in Atlanta.

This is where I was finally diagnosed correctly but even then because it was so rare they didn't know how to treat it. I was sent from there to Egleston Children's Hospital and put under the care of Dr. Louis Elsas. I was the second in the U.S. to have this so I became his study to learn more about it.

The protein can build up and destroy other organs so to keep this from happening, I wasn't allowed to eat anything that had protein or tyrosine in it. I was on a special formula that looked like regular milk that was supposed to give me the vitamins that I was missing. It was always hard explaining to anyone about my disease or why I couldn't eat like they did. I never knew what a burger or anything most kids ate tasted like. When I got old enough and tired of explaining, I tried to hide the fact that was sick and just told kids I was a vegetarian. No one really knew from looking at me except teachers. They were the only ones that knew the whole story. I took a lot of medications to help and prevent complications. I was in and out of the hospital all the time for one thing or another. When I wasn't in the hospital, I was at doctors appointments. My blood pressure would go through the roof or I would have severe nose bleeds and I would have to be rushed to Egleston. Despite all this, I still managed to try and act like a normal kid and sometimes was able to forget being sick.

When I was twelve, my parents received a letter from Dr. Elsas saying many of the Tyrosinema kids were being found with liver cancer and that I needed to be looked at. For several years we were living in Florida so we came back to Georgia so that I could be tested. It was confirmed that I had cancer that was spreading fast. Things from then on moved pretty fast and turned my world upside down. We were told I needed a liver transplant to live and was introduced to Dr. Thomas Dodson. He was the one who started the pediatric liver transplant program. There had only been a hand full of kids they transplanted and one of them like me had Tyrosinemia.

I was admitted to the hospital for three days and they ran a bunch of tests on every part of me to determine if I was eligible for transplant. Once I was accepted, I was placed on the waiting list and my parents were given a pager. I don't remember how long I waited but it went by quick. After a couple of false alarms the day came. I was with my mom and sister who were running errands getting ready for my Granddaddy's birthday which was the next day. We stopped for lunch and as we were sitting there talking and laughing, the pager went off. None of us thought anything of it. My mom pulled out the pager and put it back in her purse and then pulled it back out. She jumped up and said that was Jeannie! She went to the phone and called her back. Jeannie said they had a liver for me. She said they needed to run tests on it and would call us back. An hour later she did and said it was a go and for us to get to the hospital.

I arrived of course with a fever and they were talking about not doing it. I went hysterical thinking they were going to send me home. I was given a Tylenol and it went down so it was on. They put me in a room and started prepping me. It didn't hit me that this was happening. Surgery was set for early the next morning. I hung out in the room calmly watching cartoons. My nurse couldn't believe I was so relaxed. She brought me a Valium. I told her I don't need this, give it to my mom. I took it and went to sleep.

Morning came and I was taken to surgery. I was in the hall with everyone around me when it finally sunk in that this was real. I was shaking then and the nurse asked if I was cold. Almost in tears, I said no, my Valium wore off! They took me to the OR and that was all I remembered before waking up in ICU. When I did wake up, it felt like I was strapped down and scared. I couldn't move or talk and that freaked me out more. The first person I remember seeing was Jeannie. She told me I had a new healthy liver and I remember crying.

We were told if they opened me and saw that the cancer spread outside the liver the transplant wouldn't be done. It wasn't till later while I was in the hospital that I found out how close it was. I was given pictures of my old liver. It was completely covered with cancer and scaring. If I had waiting another month or probably weeks, it would've been too late. July 2, 1991, I became Georgia's 8th pediatric liver transplant recipient. My surgery lasted eight hours. I was in the hospital for three weeks. I did so well recovering and had perfect labs that Dr. Dodson always called me as his star patient. On the twentieth day of my transplant, I was sent home.

I have done exceptionally well over the years and have only had a couple of mild rejections that were caught in my labs. I have been able to do things I never thought possible. I have a huge scar on my belly that the doctors call a Mercedes and looks like an upside down Y. I've always thought it was beautiful and a badge of honor of what I went through.

Because of the studying they did on me and my liver, newborns are required to be screened for Tyrosinemia and other metabolic diseases. There is a new drug was created that can slow down the need for transplant or prevent it all together. A lot of people ask me how I went through all that so young. I don't know, I never thought of it like that. To me it was just something that had to be done to save my life. I think things happen for a reason. I was given this so I could use it to help and inspire other people and I believe I have and continue to do that.

I found out that my donor was an 11 year old girl from Arkansas. I don't know anything else about her but not a day goes by that I don't think of her and her family.

For an update on Terri and her amazing marathon accomplishments, check her blog athttp://terri7291.blogspot.com/2007/11/my-first-marathon.html