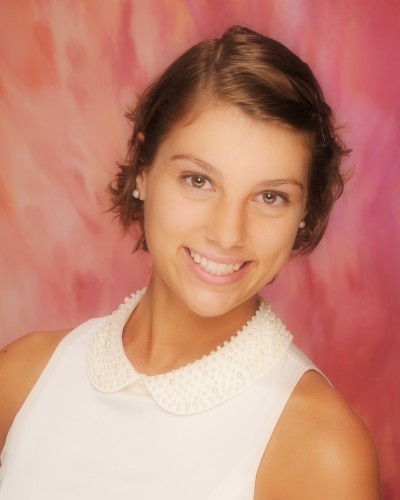 My name is Regina McGuire and I am seventeen years old. At age six, I was diagnosed with severe Aplastic Anemia. This disease causes a persons bone marrow to stop producing the blood cells necessary for survival. From age six to seventeen I relied on the generous blood donations of others. This treatment allowed me to live a relatively normal life up until last year when my family, my doctors, and I decided a bone marrow transplant was imperative.

After testing all three of my older sisters and finding that they were not matches and therefore could not donate, my name was added to the bone marrow transplant registry. I was lucky enough to have three different perfect matches and my doctors contacted the best match for my particular case. My donor agreed and I received my transplant three months later.

A bone marrow transplant is a very tedious, complicated process that requires a long, isolated recovery time. I went into the hospital on July 3, 2014 and I was not discharged until August 5, 2015. I received chemotherapy and radiation in my time there.

I received my transplant at The Children’s Hospital of Philadelphia where I met and was treated by the greatest people in the medical field. Unfortunately, Philadelphia is four hours away from my home town, Albany, NY. This made it impossible for many of my friends or family to visit. Although far away, my friends were very supportive and they went as far as creating a t-shirt campaign called “Team Reg”. They raised over a thousand dollars for the Aplastic Anemia and MDS International Foundation. Their unwavering support from back home contributed to my positive attitude and successful recovery.

I spent a total of four months in Philadelphia because the doctors wanted me to stay close to the hospital. These months were exciting because I was allowed to walk around the city of Philadelphia and have some visitors, but since my new bone marrow was still recovering in my body, I spent many of my days in isolation. For me, getting something as simple as the common cold could be detrimental to my transplant.

When finally returning home, I was not able to attend my junior year of high school because my immune system was still too weak to fight germs. I kept up with my school work by having home tutors every day. Though I was extremely happy to be home, driving by school and not being able to attend was sad because I felt like I was missing out on all the fun my friends were having.

Gradually I regained my immune system and was able to start enjoying time out with my friends and family. Nine months after my bone marrow transplant, my doctors cleared me to go back for the last three months of my junior year. I never realized how much I enjoyed school until I was prohibited from attending. This was a huge step in my recovery and I finally felt like I was a normal teenager.

Since then, my road to recovery has been smooth with few obstacles. After one year post transplant, I was considered “in remission.” As of now, I am Aplastic Anemia Free! Although this disease was not always easy to deal with, I remained positive throughout the difficulties. Because of my experience, I have learned to persist and I have grown as person. I am especially thankful to my donor, whom I have never met, my family, my doctors, and my friends.