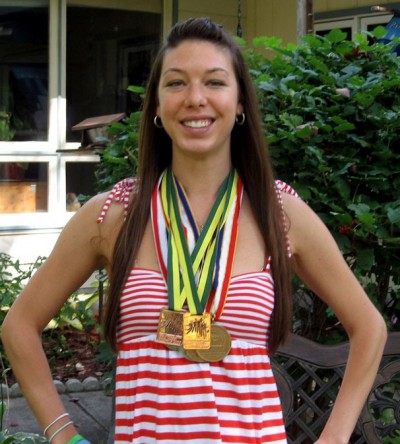 I never thought in a million years that I would go through something like this. My story isn't like most peoples who unfortunately had to wait. I am one of the rare few that went through acute fulminate liver failure. I just happened to be in the right place at the right time. I was at the Cleveland Clinic for a totally unrelated appt and my mom noticed my eyes were yellow. I hadn't been feeling all the best, upset stomach, fatigue and just figured it was nothing. Well my doctor had my liver enzymes tested and they were in the thousands, so she immediately admitted me. I thought this was crazy! They tested me for everything possible and couldn't find anything wrong.

Our 2 day trip turned into an unexpected month long stay at the hospital. I remember 3-4 days in the hospital and the rest is vague memories, until I woke up! I had no idea I had a liver transplant! Apparently, my parents told me, I was telling docs I was in Florida. They thought my liver was going to regenerate since I was so young, but the toxins continued to build up and finally docs realized that after a liver biopsy. I was immediately put on the list 1st in the nation for a liver. Miraculously, they found one in 8 hours and I was transplanted with no time to spare. It's amazing how quickly this all happened and they never figured out the cause of my liver failure, which is scary. They said it had shrunk to 1 lb and had brown spots on it, which is weird.

My recovery was quick at first, but I went through good old rejection about 2-3 weeks after. I had to be airlifted from Michigan back to Cleveland. They put me on high dose IV steroids for 2 weeks and by then I was ready to get out of there. Ever since that episode, I've been doing well and have participated in the US and world transplant games. My family has been my rock and I'm so thankful for them and each day that I am alive! However, the realization process for me has been hard at times. I feel like I'm dreaming. It was a completely unexpected change of life for me and it still feels surreal that it even happened.

The Gift of Life is so amazing and we are all true miracles! I’m so happy to be alive and so thankful for my donor! I'm really into being a donor advocate and like to share my experience with others. I feel I'm alive to help do as much as I can to promote organ donation.

In 2014, Holly's story was released as a beautiful mini-movie titled: "I Like Organ Donors" which you can see by clicking on that title