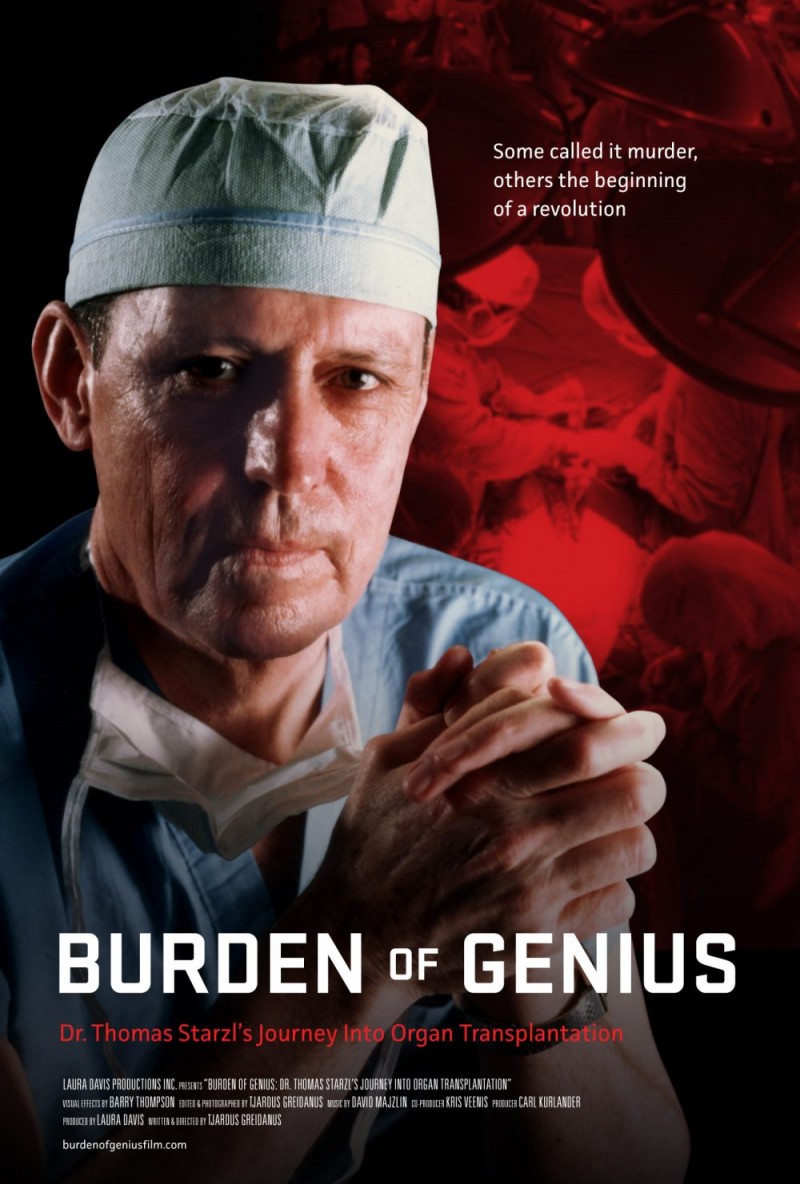 - see it when it comes your way soon! (screenings dates/locations:
https://burdenofgeniusfilm.com/screenings/ )
or better yet, have your chapter sponsor a local showing by contacting the film team at
info@burdenofgeniusfilm.com
TRIO director/kideny recipient, Monet Thomson (San Francisco) writes:
The story of our TRIO founder, Dr. Thomas Starzl, is coming to the Cleveland International Film Festival on April 7 and 8.
Burden of Genius is an intimate look at Dr. Starzl's life, both in and out of the operating room. Against all odds and defying scathing criticism, Dr. Starzl was driven to solve the puzzle of organ transplantation. Thanks to him, many of us are alive today.
Thanks to talented Dutch/Canadian director and writer Tjardus Greidanus for capturing Dr. Starzl onscreen before Dr. Starzl's death in 2017. Our San Francisco Bay chapter highly recommends this touching and inspiring movie. Catch it while you can! The festival website for the film is http://bit.ly/2DQGz4A


Watch the trailer Click on image to view "Burden of Genius trailer" from Tjardus Greidanus on YouTube at http://bit.ly/2J6VZ8H


Background:
In 1967 the world's first successful liver transplant was performed by Dr. Thomas Starzl. Hailing from a small Iowa town, Starzl had watched his mother die in agony from cancer. This shattering experience drove him to pursue medicine and develop an obsessive yearning to find cures and alleviate suffering. Hailed as the greatest surgeon of the 20th century, in the early days of transplantation he was attacked as a monster, a ghoul, and even a murderer. These obstacles merely spurred him on. After moving to Pittsburgh in the 1980s, Starzl started refining transplant procedures, developing anti-rejection medications, and innovating multi-organ transplants. Since the ethics were evolving with the science, the battles over morality intensified. This is the BURDEN OF GENIUS, a fearless portrait of a fearless man, driven by narration from Dr. Starzl himself. Adding a panel of medical and ethical experts, some grateful recipients, some graphic surgical footage, and interviews with three of the world's top transplant surgeons filmed at the Cleveland Clinic, BURDEN OF GENIUS is an inspiring, yet sobering, look into the joys (and costs) of progress. -C.R.
You can contact the film team by writing to info@burdenofgeniusfilm.com