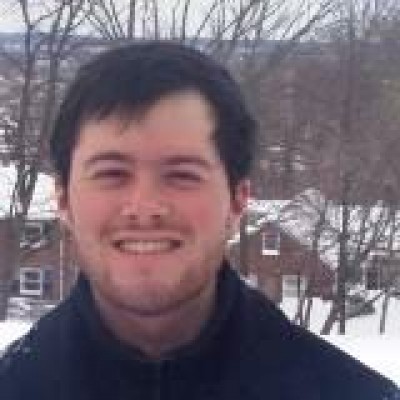 My decision to donate my kidney to a stranger came bit by bit and not all at once. When I was in college, I readabout the experiences of a woman who needed a kidney transplant, and the concept intrigued me. I was interested to find out that, besides saving another person’s life, kidney donation is a laparoscopic surgery that involves a hospital stay of only two to three days – donors are often back to work a couple weeks after they go into surgery. What really surprised me was that in the half-century since the first kidney transplant, studies had consistently found no change in life expectancy or long-term health for kidney donors: the remaining kidney grows to accommodate the extra function, and any kidney disease that incapacitates one kidney will invariably shut down both. I had had prior experience being operated on (jaw surgery as a teenager), so I didn’t fear the operation itself.

But the thing that really tugged on my mind was the portrait of this woman’s terrible fear of the disease: to know that the average time on the waiting list was more than five years, that five years into dialysis 65% of patients have died (!), and that dialysis itself was a nightmarish process which sapped your energy day in and day out, causing cramps, vomiting, and further disease. By the time five years of dialysis have concluded, many people are too sick to even be eligible for transplant. Hearing about this woman’s struggle to find a donor -- how she got her hopes up three different times after someone said yes only to be heartbroken each time when they changed their mind – I decided that if I ever told someone I was going to donate, there was no way I was going to back out.

And yet even after being so moved by this article, it quickly receded to the back of my mind. The struggles of the author weren’t my struggles, and I had other things going on in my life. But then a year or two later, I read about altruistic kidney donation; my memory jogged, I started looking into donation more seriously.

What had changed about me, I think, was my maturity and the place where I was in my life. I had been blessed with a tremendous degree of good fortune, really throughout my life: a loving family and a comfortable background, success in my studies and in my career path. I felt like I had been given so much in life and that it was my responsibility to give back.

But while my family may have appreciated the charitable instinct, they were terrified about the form it had taken: statistics aside, they worried about my health and my safety. No mother can stand to see her child in pain on a hospital bed (and mine was no exception). What if somebody else in my life someday needed a kidney? What if something went wrong? What would my bosses think about taking time off to donate a kidney? I had these grand moral plans and desires, but they just cared about the person they loved.

I have to admit that my attempts to assuage their concerns proved only partially successful. I told them that kidney disease was comparatively rare, and that I wouldn’t always be a match for any loved one. The surgery is very safe: at most only three hundredths of a percent of people who undergo it die. In America, living donors are given priority if they ever need a  transplant, and in other countries like Israel, that priority is also given to the family members of a living donor (and reform groups like SLNNY support bringing that priority to the United States). My work was very supportive of my donation, giving me paid leave and telling me to take as much time as I needed.

Ultimately, my family did not agree with my decision, but they respected it and supported me throughout my recovery. On December 13, 2011, I donated my kidney to a man I only met three months later. He was 45 years old; he had been on dialysis for six years. The disease had taken a tremendous personal toll. He gave up his hobbies of mixed martial arts and semi-pro football. Four years after his diagnosis, his partner and he split up, largely due to the strain. Dialysis left him far too exhausted to work, and, indeed, it was so bad that the first time he was put on dialysis he was in enough pain that he thought he’d rather die than do it again. When his social worker called to tell him that they had found a donor for him, he dropped the phone, and he couldn’t stop crying because he was so happy. Meeting him was one of the best days of my life.

As for me, my recovery was about what I expected: I stayed just one night at the hospital (I went under anesthesia around 3 PM and was out of the hospital by 2 the next afternoon), but that was probably a bad idea – the first night home was tough. But each day I felt better, and the pain was about what I expected beforehand. I was off prescription painkillers in about a week after the surgery and was traveling to visit friends another week after that. I’ve been in great health ever since; it only took me a few months to get back into my pre-surgery workout regime, and today I can’t even really see the scar.

Donating my kidney has been one of the greatest, most meaningful experiences of my life. It has been tremendously fulfilling and has given me great joy.  It is a choice that is obviously not for everyone, but if you know someone who is thinking of donating a kidney, please feel free to reach out to me at joshcmorrison@gmail.com because I’d love to help.